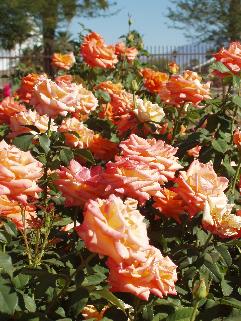 Last week, in detailing my experiences with coming back to a habit of working on a novel, I mentioned I’d come up with five tasks for myself to be completed in fifteen minute increments. I told about tasks one through three, but left out four and five.

Task Four was to spend fifteen minutes answering fan mail, a practice I have been seriously remiss in pursuing for probably close to a year now. Every once in a while I would come in and do a spate of answering, but as the numbers of unanswered emails mounted so would my guilt and self-recrimination. The whole thing got too hard, especially given all the other stuff going on.

Now, I would tackle that mountain, once more in baby steps. Reading through the emails has the added benefit of reminding me that God really can use the gift He’s given me (duh) and I shouldn’t be letting it idle in the closet. Reader responses are tremendously encouraging. In fact, the very day I embarked on this new system I received an email from “Sandi,” which was one of the most encouraging I’ve ever received. She graciously consented to letting me post an edited version of it here:

I cannot thank you enough for writing the Legends of the Guardian-King series. It has profoundly impacted my life.

I discovered your books during one of the most painful times of my life. The stories were so captivating and the spiritual insights so rich that the books actually helped me work through the intense emotional pain and spiritual struggle I was going through.

I loved the way you depicted life as the constantly challenging spiritual journey that it is — fighting the shadow within and the shadow without, trying to be steadfastly faithful to God down to the most subtle of levels of the heart, etc. You described it all so powerfully in LGK!

I have read the series through twice now and will probably read it again. I “soaked” in it and did not want the story to end. Oh how I would like to see the series made into films! Meanwhile I have tried to tell as many people as possible about the books to keep the word of mouth about them going. I hope this amazing series stays in print forever.

Cool, huh?  Thanks, Sandi! Your timing was exquisite.

2 thoughts on “What About Task Four?”