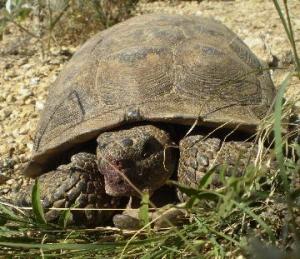 If it seems I’ve been doing a number of posts lately that are somewhat repetitive… it’s true. I have. When the realization first began to dawn on me, I started to fret, especially when I would ask myself what I was going to post on in a given day and here came the same subject AGAIN. So I stopped asking myself, and asked the Lord. And still, my mind returned to the same subject.

Okay. Hard to get away from that. He reminded me that repetition is essential for learning. We do it in Bible class all the time. Some people don’t like that. Maybe a lot of people, since humans as a group tend to always want something new and exciting. When the same old thing shows up, sometimes — often times? — we shut down and pay no attention unless we have to. As in military exercises, for example, where if you don’t pay attention you mis-assemble your weapon, drop the pieces on the floor,  or walk the wrong way in marching drills and snarl up everything. With pride is on the line, the flesh is always eager to do what’s needed to protect it. Even pay attention to something it considers old and dull.

Many of the posts I’m talking about have been drawn from my recent journal entries, and I have continued to press on with posting them because I believe they record this process of cycling back over something repeatedly, and in so doing, gaining a clearer understanding of things. Indeed, each time I cycle back it seems I get something new.

So I’m hoping that these entries illustrate this most common way we learn… and the most common way God changes us. Not usually through sudden black and white epiphanies that turn us dramatically in a new direction (though occasionally those do happen), but incrementally, the changes happening so slowly we may not even notice.

I’ve had that feeling about this whole subject of what it means to trust the Lord in everything, to turn more and more areas of my life over to Him. I think in the past I’ve thought that I had already turned my life over to Him. But now we’re getting down to the nitty-gritty. In the past I tended to turn only the big things over — like a health issue, or concern for someone’s safety, or whether the book would be published, and after that whether it would sell, and after that whether readers would buy it and after that whether enough people would buy it to keep it alive enough in the market so that publishers would want my next book…

I turned over the matters of quality of story and meeting the deadline — and He came through, though on my last book, The Enclave, perhaps not in the way I had expected — ie, on my and the publisher’s timeline — nor in other areas either. Still, I know I was supposed to have written it and despite its having been pushed back into the shadows, it’s a book I like and am happy with.

But somehow what’s happening with Sky is different. All the fire and hunger and drive I had while writing previous books seems to have faded. I feel like I’m a different person. I feel like God has taken away all my former means of motivation: the desperate drive for success and approval, the fear of not achieving what I desire, or of losing what I’ve been given, guilt for not getting the work done in the time and manner I’ve decided it should be, for not fulfilling my duty to do what the world says I should when it comes to writing.

At the moment, I’ve been so mired in the early chapters, for so long, with so many life events disrupting concentration and draining energy, I’ve lost touch with the scenes that would normally pull me through the book. I have only the broadest of outlines as to what’s going to happen, and a plethora of possibilities.

All of which leaves me with nothing to rely on but Him to move me through it. And hence I’ve come back to the matter of self-discipline, and if it’s not to be that, then how do I really, practically, detail by detail turn this all over to Him, without falling into the “let go and let God” approach where I more or less drift along?  If I just relax and decide to give it to Him, how so I know He’s leading me, rather than my own lusts and desires? Shouldn’t I at least be trying to exercise self-discipline? Isn’t that only reasonable?

I think the answer’s in the middle, but I still haven’t really figured out how it looks in my particular life. Which is the essence of this long cycle of learning that I’ve been going through and setting down in various posts here on my blog.

Because more and more I’m thinking that maybe all I need to do is just stop thinking about me and my self-discipline and focus on the fact that He’s promised to do it, promised to make all grace abound to me so I’ve have sufficiency in everything and an abundance for every good work… and then just trust Him to do it.

Yes, I’m pretty sure I’ve said that already. But I’m a stupid sheep. I need to hear it again. Write it again. Focus on it again… Daily. Maybe hourly.

Update: I wrote and titled this post this morning, and did most of my editing on it then. This evening, when I turned on Bible Class, live from Deerfield Beach, Florida, Pastor John announced that tonight’s class was titled, “Abraham Teaches us the Importance of Time for Personal Growth.”  How cool is that?