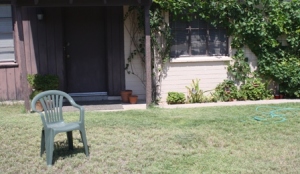 Today (Monday) was National Empty Chair Day, in honor of Clint Eastwood’s performance at the Republican National Convention last Thursday.  We saw it live, and I thought it was hilarious. It was clearly not a speech, but a performance.

However many on the left were unable to discern the difference. They jumped to the conclusion that this man, who is 82, was a witless, rambling old fool who’d lost his marbles to age. So sad. Poor old Clint.

He’s an ACTOR! Actors act like people they are not.

Eastwood has directed 8 movies in the last five years, is quite articulate when seen in interviews and was coolly, competently, persuasive in that Superbowl ad he did for Chrysler last winter (It’s Half Time in America). In addition, he ad libbed his entire performance in front of a huge crowd and much of the nation. It was the empty chair, in which sat an invisible President Obama, that required the teleprompter.

At first, I’ll admit, what he was doing seemed strange and even mildly alarming. Until he talked to the chair. And then repeated or replied to what its invisible occupant was saying as well.

I’ve seen sketches like this before, and in fact, I think it was Mark Steyn that mentioned the similarity to an old Bob Newhart bit, where he seems befuddled as he talks to an invisible cohort.  But in between Eastwood’s bouts of apparent befuddlement he let loose some real zingers.

“We own this country… Politicians are employees of ours….   They’re just going to come around and beg for votes every few years.”

“When somebody does not do the job, we’ve got to let him go.”

Anyway, the chair was such a hit, some folks decided to make this year’s Labor Day Holiday National Empty Chair Day. I first heard of it on Drudge, Power Line and Legal Insurrection, the latter suggesting people put out their empty chair, take a picture of it and then send them the photo. They got 100 photos the first night and the next day, between a continuing avalanche of photos and visitors from Drudge and Instanpundit, their server crashed.

So there was as LOT of interest in the empty chair. You can see some more pictures of empty chairs and accompanying decorations here at The Right Scoop.