Well, I did indeed move the blog last week, as I said I would. The supposedly simple and easy and straightforward and ‘oh you’ll have no problem’ process of migrating Writing from the Edge to its new home was, I’m afraid, anything but simple, easy, etc. More like confusing, disjointed, frustrating, alarming, exhausting, demented, discouraging,…  You get the idea.

I’m not sure it would be so for everyone. Because some of the things that happened were just weird. For example, I followed the instructions on WordPress for exporting and importing, and got first a notice that there’d been an “Internal Server Error” wherein the server was “unable to complete” my request. So I tried again and got a different error message entirely, something about unable to convert KarenHancock to Karen. I had no idea what that meant. Exhausted and dismayed, I quit for the day, and took Quigley for a walk. 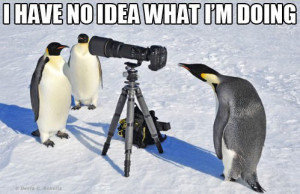 The next day I did a bunch of research on what the error messages meant and what to do about them, then tried a third import. The result of that was a file opening with a list of all my blog posts telling me they “already existed.”  What?

So I went to the new blog, and there they all were. Posts and photos all together!  Apparently everything had already been migrated the day before, I just never thought to look when the error messages told me it hadn’t worked.

Well, no matter. At least it had migrated. After celebrating this first milestone, I went back to check the links, which, as some instruction had warned about, were indeed, still pointing back to the old blog. So I had to fix that.

[Insert long confusing story on my foray into the database, downloading a zip file, doing a search and replace of the relevant terms, then off to find a zip program to zip it back up, which pulled me into trying to sign up for some sort of service I wasn’t interested in just so I could get a free WinZip, until I found out I didn’t really have to sign up after all (I did not), only to have WinZip apparently not work, and in the end not be needed anyway… because all the files are now pointing in the right direction.] 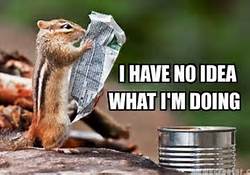 Then I wanted to do this fancy new website along with the blog, but… it didn’t take me long to figure out that wasn’t going to happen any time soon.

Hi and welcome to what will soon (I hope) be my combined website and blog.

Even though I’ve maintained a WordPress blog for many years on the WordPress server (www.karenhancock.wordpress.com), I have long wanted not only to revamp my existing website (currently at www.kmhancock.com), but to combine it with my blog and have both of them under my own domain name.

Well, thanks to a computer crash and other assorted leadings from the Lord, that project is finally under way. As always, what was advertised as “easy,” (with the accompanying inference of “fast,” whether intended or simply my own misinterpretation) is anything but either.

So if you’ve stumbled upon this incipient site via my domain name and want a little more, please visit my website or blog . On the latter I’ll be giving progress reports as KarenHancock.com develops.