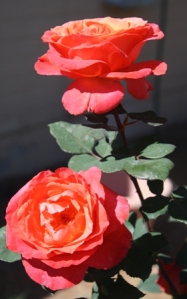 Yes, I’m still here. I do plan to get back to blogging, but first I have to get some kind of traction going with Sky… I’ve been doing pretty good this week…

Anyway, I was contacted by Dawn Kinzer over at Seriously Write Blog around six months ago about doing a post on my journey to publication or maybe offering words of encouragement, and I said yes since the due date was six months off. Surely it wouldn’t be that hard to get something written in six months.

Better not go there.

Anyway, I wrote the post last week and found it to be a particular challenge in that she wanted something that was between 200 and 500 words, and of course I rarely confine myself to something that short. I’m sure at least one of my own posts here falls into that word count, but the vast majority are much longer.

The piece, which I called He Will Bring it to Pass, is 916 words long — slightly over the limit… I did get permission before I left it that long because I think it works best that way… it’s a boiled down story of my 26 year journey to publication. Many of you are probably familiar with the story, but I added a little more than I have in the past…  Anyway it goes up Friday, May 9 (tomorrow, as I write this). So if you want to pop on over and give it a read, maybe check out the site while you’re at it click HERE.