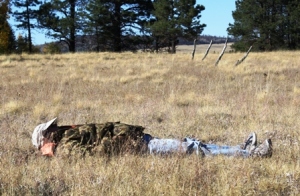 As you’ve probably noticed, I’ve been MIA for the last week or so. I gave up on trying to control myself and gave it over to the Lord to handle. He seems to be giving me a vacation of sorts…

So today, I thought I’d put up a list of some items of interest I’ve come across recently…er, well, mostly today, actually.

First up, appropriately enough is Writers Should Take a Year Off and Give Us All a Break – an essay in The Guardian on the observation that, to borrow from Ecclesiastes, “the writing of many books is endless…”  At the time of Solomon, however, it was nothing compared to today, when the rate of publication has exploded as never before. How ironic that this is occurring at the same time that more and more people lack the attention span or time, to read anything longer than a tweet.

Still, I like the idea of taking a year off from writing… oh, wait… I’ve already sort of been doing that …

Next, I draw your attention to a Muslim Brotherhood Fact Sheet from Stand With Us, an international, nonprofit organization dedicated to supporting Israel.  It includes quotes from the Brotherhood’s own charters, writings and guides. Members are not interested in dialog. Nor are they interested in peace (unless you count the peace that results from the entire world being converted to Islam). They are most definitely not interested in democracy, unless — again — it’s the Islamist kind… that is, Sharia Law.

Third is an essay on the misguided Western policy of appeasement during World War 1 that resulted in World War 2 and may well be on its way to setting up World War 3. This one’s written by my favorite blogger and former high level Foreign Service Officer The Diplomad 2.0: Obama and an Edouard Daladier Moment

And finally, the new  “funnel tunnel” in Houston, an unintended metaphor for where our tax dollars/charity donations are going…

Yes, I’m still here. I do plan to get back to blogging, but first I have to get some kind of traction going with Sky… I’ve been doing pretty good this week…

Anyway, I was contacted by Dawn Kinzer over at Seriously Write Blog around six months ago about doing a post on my journey to publication or maybe offering words of encouragement, and I said yes since the due date was six months off. Surely it wouldn’t be that hard to get something written in six months.

Better not go there.

Anyway, I wrote the post last week and found it to be a particular challenge in that she wanted something that was between 200 and 500 words, and of course I rarely confine myself to something that short. I’m sure at least one of my own posts here falls into that word count, but the vast majority are much longer.

The piece, which I called He Will Bring it to Pass, is 916 words long — slightly over the limit… I did get permission before I left it that long because I think it works best that way… it’s a boiled down story of my 26 year journey to publication. Many of you are probably familiar with the story, but I added a little more than I have in the past…  Anyway it goes up Friday, May 9 (tomorrow, as I write this). So if you want to pop on over and give it a read, maybe check out the site while you’re at it click HERE.

A couple of weeks ago, on the advice of my agent, I attended an online Webinar by Michael Hyatt, former CEO of Thomas Nelson Publishers, and its present chairman. He’s a “professional blogger, author and speaker whose blog is consistently ranked in the top three for Productivity, Leadership, Publishing and Social Media Marketing.”  This last from the jacket copy of his latest book Platform: Get Noticed in a Noisy World.

My lack of reading notes or book, however, is due to one of the first pieces of advice Mr. Hyatt offered during his webinar, which was that if you’re going to blog, commit to doing it regularly. He has himself committed to posting five days a week for some years now (though he invites guest bloggers to present material on Fridays).

Since I’ve been anything but consistent with my own blogging  for the last few months … years?… I thought maybe I’d make a change. I know I had a schedule of four posts a week for some time, so I’m pretty sure that’s doable. For the last  couple of weeks though, I thought I’d try out five days a week and see if that might work, reserving Fridays for something fun and easy, like pics of Quigley.

And so I have done that.

In addition to that, using a technique I discovered through Hyatt’s website, I’ve been working steadily on Sky. Well, until last Thursday when I sort of wandered off the track. Sometimes things come into my life that get my flesh going… it can be anything from worry, frustration, self-pity, guilt… and it’s hard to turn that off and get to work.

I also got caught up in the blog posts and the comments and… just never seemed to get around to Sky again. I don’t really know why.

Sometimes at the end of the day I can’t recall how I ended up doing the things that I did. I wonder… am I getting dementia?

Oooooh nooooo!  Not THAT again! I thought I’d put all that to bed. I thought I was done wrestling with all that. Self-discipline is a fruit of the Spirit. I’ve learned well and truly that I can’t do much with it apart from Him.

But… have I consistently asked Him to help me in this area? Have I confessed my sin of self-indulgence when I wandered off? Or maybe not self-indulgence, because often  it’s more… mindless distraction. Sometimes I feel like the dog in one of Koontz’s books (I think it was Dragon Tears) who had been given an assignment but on the way kept getting distracted:

“Ooh! An old shoe! What a lovely smell. must stop and investigate this … and what’s this? a puddle of water… and a bee… ooh, chase the bee…. now the smell of cat… there it is!  Off!  After it! “

That was all a paraphrase. I no longer have the book to quote from, but it was something like that. I particularly remember the bee. And the whole portrayal was so spot on….

But I digress. The fact is, this bugaboo of self-discipline has returned for another round. And why not? The last time I wrestled with it, I ended defeated, not really understanding how it was to be implemented.

If it’s a fruit of the Spirit, are we to TRY to have it? But then might we not run the risk of doing it in the flesh? It’s clearly something those who aren’t saved can exercise, like the very athletes that Paul references in 1 Corinthians 9:25 – 27

Everyone who competes in the games exercises self-control in all things. They then do it to receive a perishable wreath, but we an imperishable. Therefore I run in such a way, as not without aim; I box in such a way, as not beating the air; but I discipline my body and make it my slave, so that, after I have preached to others, I myself will not be disqualified.

Strong’s definition of hupopiazo, which is the Greek word for “discipline,” means “to hit under the eye (buffet or disable an antagonist as a pugilist), that is, (figuratively) to tease or annoy (into compliance), subdue (one’s passions), to keep under, to weary.

That is not at all the notion I had of “disciplining the body”. My notion was of one who ALWAYS ate the right amount of food, got up at dawn to exercise, went down the gym on schedule every day to train… whether you felt like it or not. The above definition gives quite a different image.  One of a battle.

A boxing match where you’re hitting your opponent again and again with a lot of effort while he keeps hitting you back. Paul’s seeking to make his body a slave, and slaves don’t want to be enslaved. They rebel. They fight. They run away. Especially arrogant and willful slaves like our flesh, determined as it is to set itself against the Spirit.

This metaphor implies a lot of effort and tenacity. A lot of sweat and blood and bruising. The opponent is not going to go down easily.  And in fact, the only way it’s going to go down is if you are boxing under the power of the Spirit.

So that would mean confession of sins, so as to be under His control,  and bringing the word of God to bear upon the situation. Not necessarily in recalling this verse where Paul talks about what he’s doing, so much as the part about why he’s doing it. So that he won’t be disqualified for reward — that imperishable crown he mentions first.

Wow. I never thought of it like this. It definitely warrants further consideration…